What is a CAE Report?

A CAE Report is a writing task which can appear in part 2 of the CAE (C1 Advanced) writing paper. Part 2 of the writing paper consists of three questions from five different types of writing. There is therefore a 60% chance that a report will appear in the exam.

CAE reports are often directed towards bosses or colleagues. For this reason, they should be written in formal or neutral language. It is important to pay attention to the target reader as this is your main indication for the type of language to use. C1 reports often ask students to summarise a situation and often ask for advice on future actions.

How to write a CAE Report

Sorry, this section is for members only. Register here >> 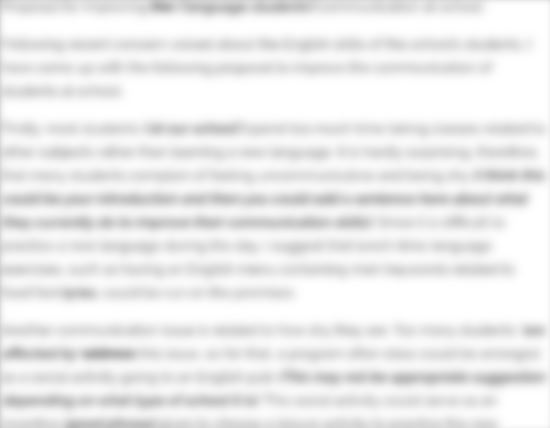 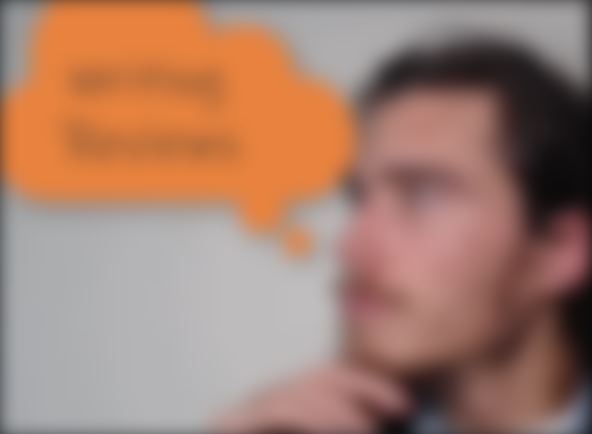 I hope you enjoyed the video above and found it useful! This is what you should do now:

1. Watch and understand the marking criteria that examiners use - video below. If you know what the examiners want, you will get better marks in the exam!

2. See if you can spot any mistakes in the students' CAE Report writing samples below.

3. Complete the examiner assessment scale template with your thoughts and marks.

4. Read the CAE report examples with my comments and corrections in (bold brackets like this below).

5. Read my comments and marks on the sample examiner assessment scales.

Write your answer in 220-260 words in an appropriate style.

3. You recently attended a talk about advertising. Your school would like you to give an analysis of the talk.

Your report should discuss:

Is marketing important for a company's success?

What is the best type of advertising: Online or printed?

Print off this answer here and correct any mistakes you find. 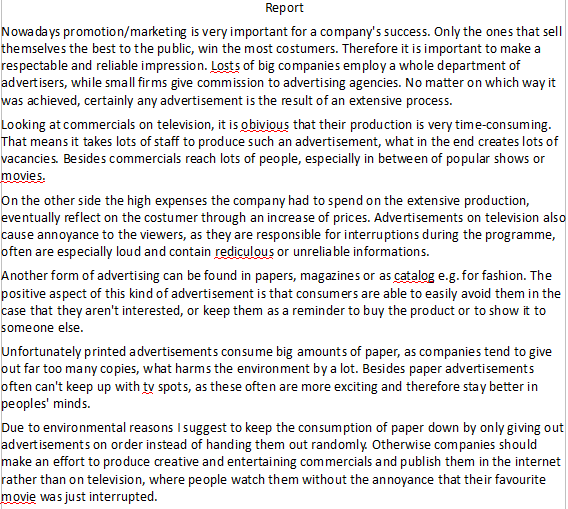 Complete an online version of the template below here.

Nowadays promotion/marketing is very important for a company's success. Only the ones that sell themselves the best to the public, win the most costumers (spelling mistake - you should have written 'customers'). Therefore it is important to make a respectable and reliable impression. Losts (spelling mistake - 'lots' - be careful of your spelling in the exam, as I suggest in my CAE writing course, always leave 5 minutes at the end to read your work and watch for spellings) of big companies employ a whole department of advertisers, while small firms give commission to advertising agencies. No matter on (remove the word 'on' - it is not needed in this sentence) which way it was achieved, certainly any advertisement is the result of an extensive process.

Looking at commercials on television, it is obivious (spelling mistake - you should write 'obvious') that their production is very time-consuming. That means it takes lots of staff to produce such an advertisement, what (wrong word - you should use the relative pronoun 'which') in the end creates lots of vacancies (What do you mean exactly? It creates vacancies in other areas?). Besides commercials reach lots of people, especially in between of (remove the word 'of' here) popular shows or movies.

On the other side, the high expenses the company had (you should say 'expenses companies have' - because you are talking in general) to spend on the (remove the word 'the') extensive production (change the word 'production' for 'marketing'), eventually reflect on the costumer ('customer') through an increase of ('increase in' - this is a collocation, you should study collocations, English word families and sentences structures before the exam, these will also be very important for the 'Use of English' paper) prices. Advertisements on television also cause annoyance to the viewers, as they are responsible for interruptions during the programme, often are especially loud and contain rediculous (this is a spelling mistake - 'ridiculous') or unreliable informations ('information' is uncountable so remove 's' from the end of the word).

Another form of advertising can be found in papers, magazines or as catalog (this is another spelling mistake, 'catalogue'. You also need to write the indefinite article 'a' before the word 'catalogue') e.g. for fashion. The positive aspect of this kind of advertisement is that consumers are able to easily avoid them in the case that they aren't interested, or keep them as a reminder to buy the product or to show it to someone else.

Unfortunately printed advertisements consume big amounts ('large amounts' is a better collocation to use here) of paper, as companies tend to give out far too many copies, what (you should use the relative pronoun which here) harms the environment by (don't say 'by') a lot. Besides paper advertisements often can't keep up with tv (this is a bit informal, I talk more about your language in my critique on the assessment scale below) spots, as these often are more exciting and therefore stay better in peoples' minds (it would be better to say: 'people remember them').

Due to environmental reasons I suggest to keep the consumption of paper down by only giving out advertisements on order instead of handing them out randomly. Otherwise companies should make an effort to produce creative and entertaining commercials and publish them in (you should use the word 'on' here instead of 'in', this is an example of another collocation. I go into more detail about collocations in my CAE Use of English course) the internet rather than on television, where people watch them without the annoyance that their favourite movie was just interrupted.

Examiner's Assessment Scale With My Comments

Sorry, this section is available for members only. Register here to unlock it now >> 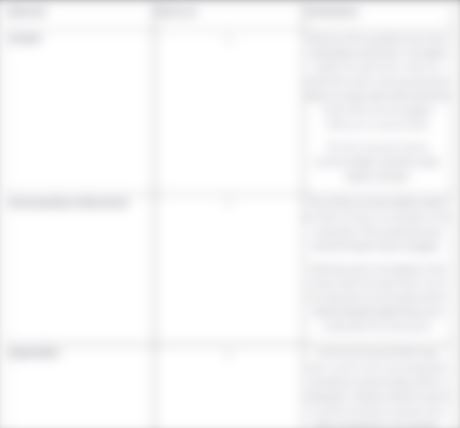 You can see videos which I have made for all the different parts of the CAE writing exam in my full C1 Advanced writing course. There are some more details and free preview lessons below. Alternatively, if you want to prepare yourself for other parts of the exam and save lots of money and time avoiding language schools, then the first place I recommend you start is my CAE preparation online page. This page shows you some of the best methods to prepare for every paper in the CAE exam! This page also shows you some really useful phrases for writing a C1 Advanced report.

I have awarded this writing 10 out of 20 possible marks. You need to achieve 24 out of 40 marks in order to pass the C1 Advanced writing paper. So, this student would need 14/20 for their CAE essay. Find out more about how many marks you need to pass the CAE exam here >>

Write your answer in 220-260 words in an appropriate style.

2. You have just completed an economics course. Your school have asked you to write an evaluation of your experience as a student.

Your report should discuss:

What you have taken away from the class, what you thought of the teachers and how you viewed their teaching methods.

How the class could be improved

Whether you would or would not recommend the course to a friend or relative.

You should read this report and write down any mistakes you think you can find.
You should also mark the report (1-5) on the examiners assessment scale below. 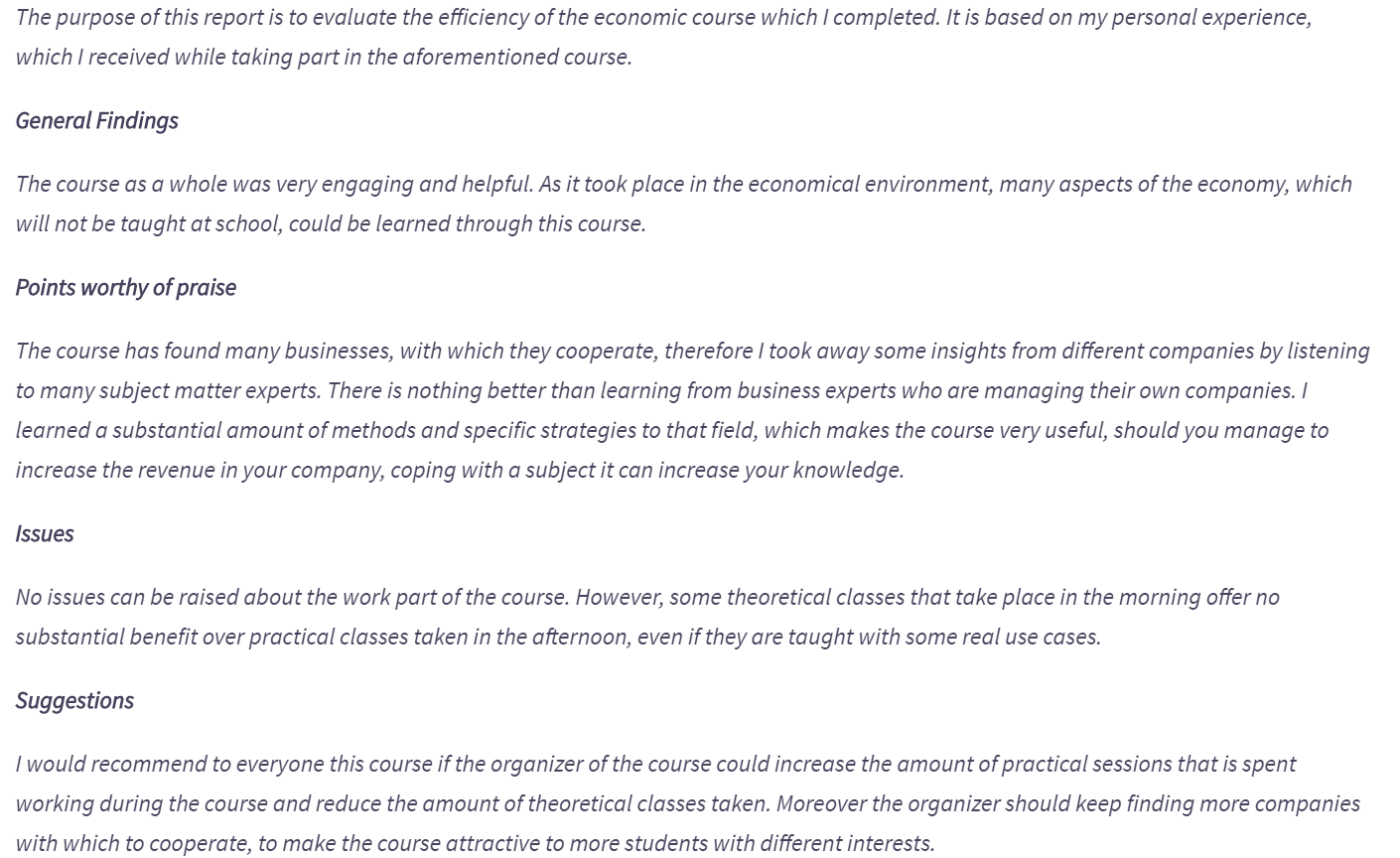 Sorry, this section is available for higher-level members only. Register/upgrade here to access now >>

Complete an online version of the template below here or write your comments on this hardcopy.

If the student got 15 for the part 1 writing, they would pass the C1 Advanced Writing paper. If you want to know more about this marking scheme, check out the CAE writing marking criteria page of my membership website. Or, to see how the overall CAE exam is marked, check out this page.

Send Me Your Report

If you would like me to mark your report, complete the form on my writing service page >>

My Book of CAE Writings Samples! 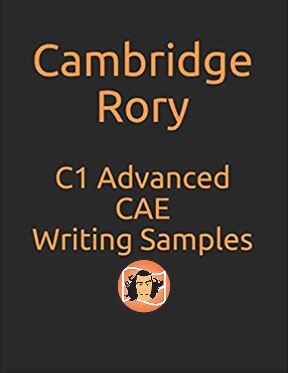 Did you enjoy this page?

Register here to access the 'Next Page >>' in the course...

This site uses Akismet to reduce spam. Learn how your comment data is processed.

Get a free E-book
Register Now >> 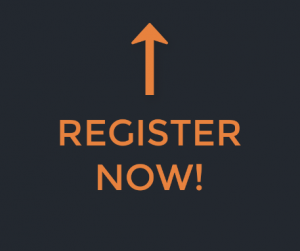 Which exam do you want a discount for?

Which membership level do you want?

Which exam do you want an e-book for?

This website uses cookies to improve your experience while you navigate through the website. Out of these cookies, the cookies that are categorized as necessary are stored on your browser as they are essential for the working of basic functionalities of the website. We also use third-party cookies that help us analyze and understand how you use this website. These cookies will be stored in your browser only with your consent. You also have the option to opt-out of these cookies. But opting out of some of these cookies may have an effect on your browsing experience.
Necessary Always Enabled
Necessary cookies are absolutely essential for the website to function properly. This category only includes cookies that ensures basic functionalities and security features of the website. These cookies do not store any personal information.
Non-necessary
Any cookies that may not be particularly necessary for the website to function and is used specifically to collect user personal data via analytics, ads, other embedded contents are termed as non-necessary cookies. It is mandatory to procure user consent prior to running these cookies on your website.
SAVE & ACCEPT